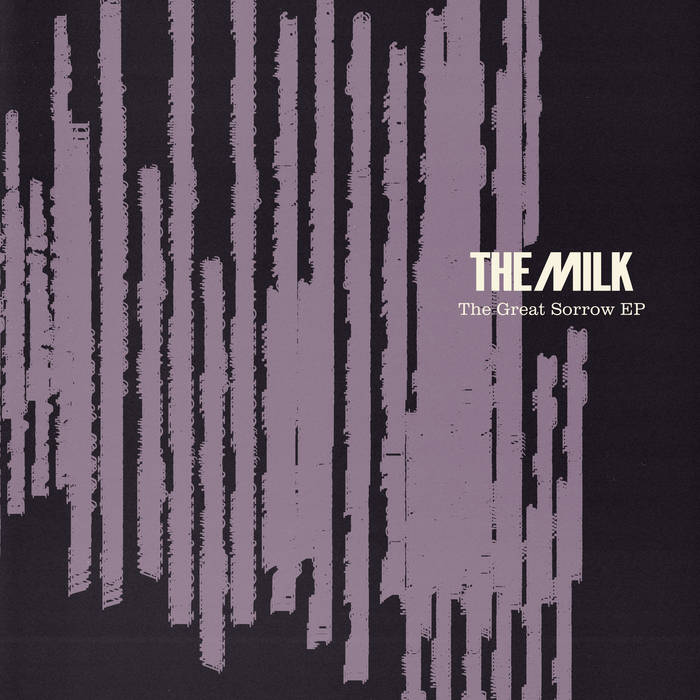 djmeatraffle What a pleasant surprise on this thunderous Friday morning. "The Great Sorrow" is without a doubt my favourite track off the 'Cages' LP.
Looking forward to hearing the Schrimshire remix too as the "Feels So Good" rework is superb.

Wah Wah 45s are proud to present "The Great Sorrow EP", featuring a demo, remix and original version of one of the highlights of The Milk's latest album, "Cages", as well as a previously unreleased new track.

If their debut, "Tales from the Thames Delta", was inspired by hedonism and "Favourite Worry" by introspection, "Cages" is an impassioned conversation with the world which seems even more relevant in the current crisis.

"A vital and vigorous album" The Daily Express

The Great Sorrow is one of the most emotive, emotional, stripped back and beautiful moments on the album. Guitarist Dan Le Gresley explains how it came into being:

"It's tempting, when writing about our songs, to talk broadly and leave room for the listeners' interpretation. However, in this case, I'm just going to cut to the chase. 'The Great Sorrow' is a song born from nihilism, from the depths of a depression, when you can't find your balance in the world, and even love seems too much to bear. It's a metaphor for rebirth and the desire to change your karma and improve the relationships in your life.

The song came quickly; the antenna was up, and we recorded the demo after an hour of work. The most significant creative shift occurred in the recording process, with the addition of a lead synth adding modernity and suspense. That sound is like a prayer, a prayer that is never fully answered but sings with the hope of a change yet to come."

The EP comes complete not only with that stripped down demo version but something of a masterful remix from label boss Adam Scrimshire, who seems to be gradually working his way through remixing the whole album!

"There were so many ways this remix could have gone, so many influences present in the original, but when it came to it, I just needed to slow right down and feel truly calmed. 2020 has had plenty of moments when I've needed someone to tell me "it'll be okay, close your eyes, relax", and I think this is the audio equivalent of that voice." Adam Scrimshire

Add to that a previously unheard studio recording - the deeply soulful "Anytime" - and you've one very sonorous and stirring package indeed.

Since signing to Wah Wah 45s, the band released their second album "Favourite Worry", which became one of BBC 6 Music's albums of the year, and "Cages"; sold out London's Union Chapel, KOKO and Hoxton Hall; toured with the Fun Lovin' Criminals and are currently eager to get back on the road in October with a rescheduled UK tour.