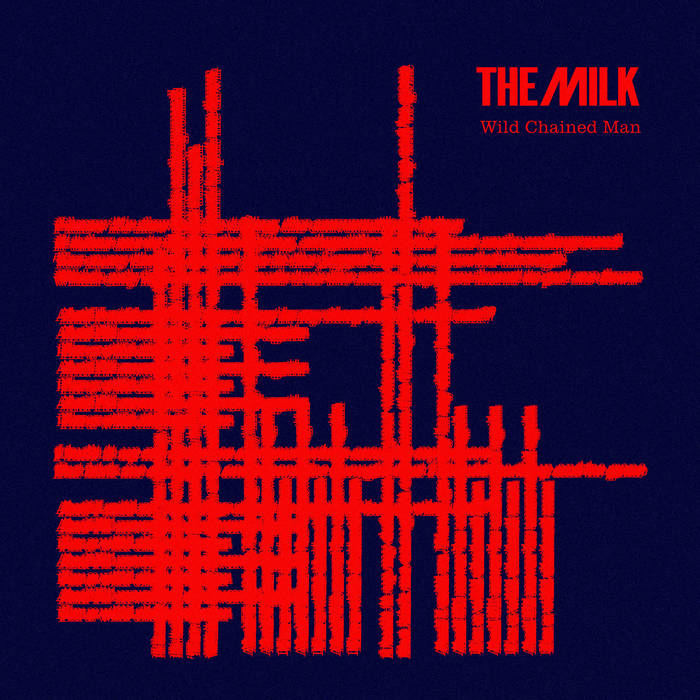 Wah Wah 45s are proud to present "Wild Chained Man", the final single to be taken from last year's acclaimed album "Cages" by The Milk.

"We often get asked about how The Milk writes our music. There is usually some cliche that goes like this 'man...it comes in loads of ways, there are no rules, ya dig'. It's actually one of the more challenging things about being in a band, four individuals and songwriters; each on their own musical journey, trying to build a unified sound. Headf**k!

'Wild Chained Man' is indicative of how strange the writing process can sometimes be. You take a riff that Mitch (Ayling, drums) wrote in 2015, make several incarnations of the said riff, and then abandon it to the vault of lost Milk grooves… there are thousands of them. Fast forward to 2019 and the vault is revisited. Mitch and Rick (Nunn, vocals), throw in a spoonful of a recent heartbreak, a dash of failed relationships and a sprinkling of bittersweet reflection and voilà, 'Wild Chained Man' is born.

Generally, when a song is good, the music comes easily and thus was the case for this tune, with the whole piece finished in one session. You do need a little luck though, and some fortuitous mishearing of "Wahiley Chang Bam!' led to the song's name and leading hook. That's a double yolker people!

Recorded at The Livingston Studios, during the 'Cages' album session, 'Wild Chained Man' was recorded live, and by the fifth take, we had it in the can. We just needed a little something for the outro, a solo maybe.

To the live room, I head. Picking up my trusty Les Paul, I gaze back at the anticipation filled eyes in the control room. No pressure then! I summoned my inner Lindsey Buckingham and by some force, unbeknownst to me, conjured the whole thing, in one take out of thin air. The screams through the cans told me I'd done something worthy, and reminded me why being in this band has given me more than I could ever give it.

Give it a listen."


As well as coming in all of its original glory, complete with that legendary guitar solo, there's a brand new remix version from Wah Wah 45s label boss Scrimshire that takes it somewhere rather other-worldly and experimental, and the 'Caged" live take that captures the band in their element during one of several live streams recorded during the past twelve months of lockdown frustration.